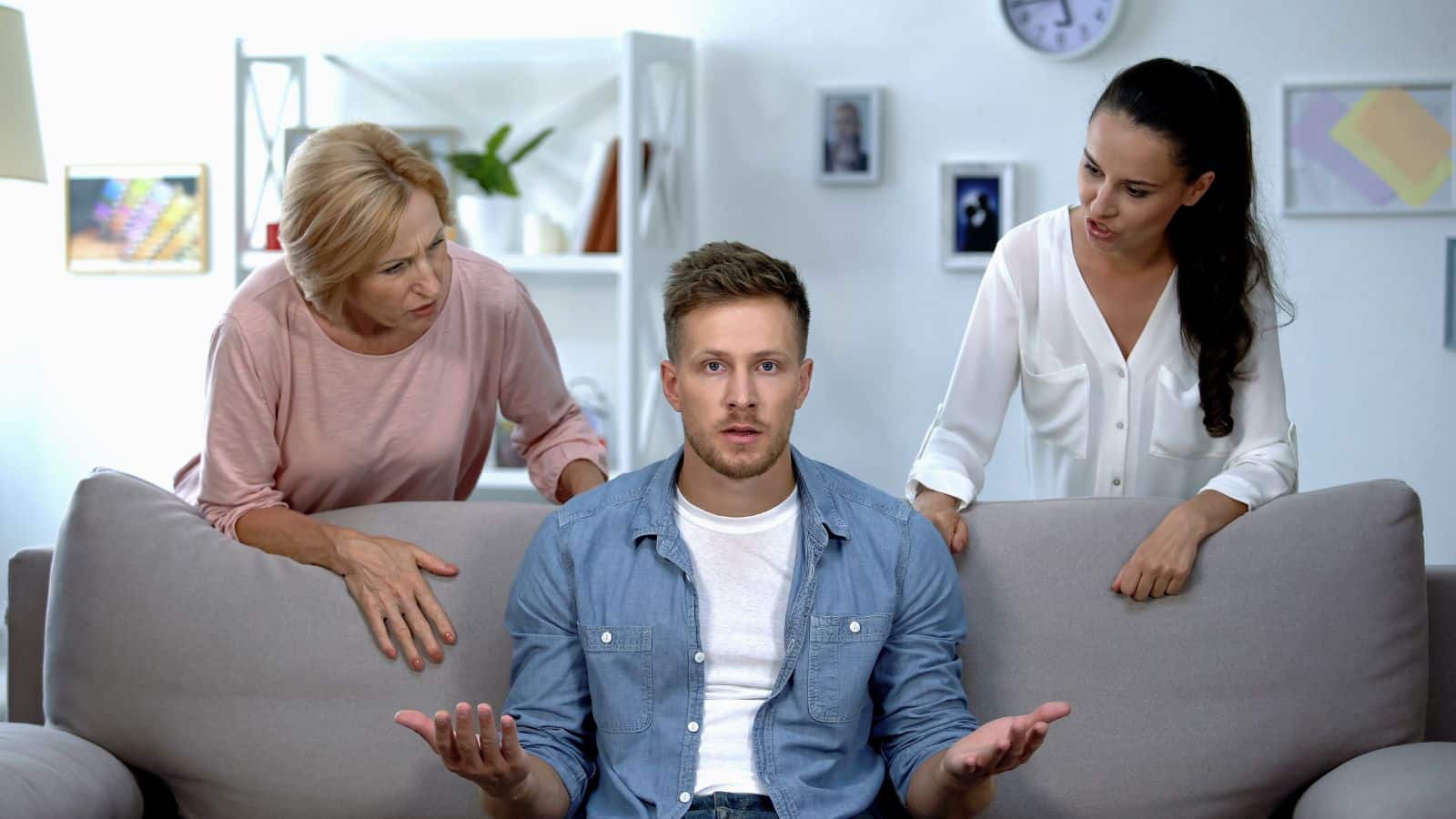 A Reddit user explained that he and his fiancee were living together and that his religious parents were not very happy about that. At Christmas dinner, they brought it up again, and his response shut them down quickly.

According to the post, the poster and his fiancee aren’t in a hurry to get married, but his parents aren’t happy that he is living with his fiancee before they are married.

The original poster (OP) made it clear in the post that this opinion irritates him and he has had to shut down that line of conversation in the past.

OP says that he is an adult and can make his own decisions.

At Christmas dinner, OP said his mother was commenting on how she is “so glad” that OP and his fiancee are getting married and now she won’t be “embarrassed at church” anymore.

His father said how proud he is of his three older children who either waited to get married to move in together or got married right after moving in together.

OP did not appreciate these comments, and his fiancee was obviously becoming distressed. So OP decided to bring up a prematurely born baby that he had been reading about.

OP noted how strong and healthy the baby was for being “born so little.” OP’s parents immediately got “deer in the headlights” looks.

Apparently, OP’s brother had been born 4 months premature. But OP’s grandmother told him that his brother weighed over 9 lbs when he was born.

The point OP was trying to make is that his mother was clearly already pregnant before she and his father got married. OP’s parents changed the subject as quickly as possible and scolded him later for “trying to embarrass them with private things that are not my concern.”

OP made it clear that if his parents brought up his living situation again, he would continue to bring up the fact that his mom was well into her second trimester when she and his dad got married.

Should OP’s parents have shamed OP about his living situation? Was OP right to expose what was clearly a family secret? How would you have reacted?