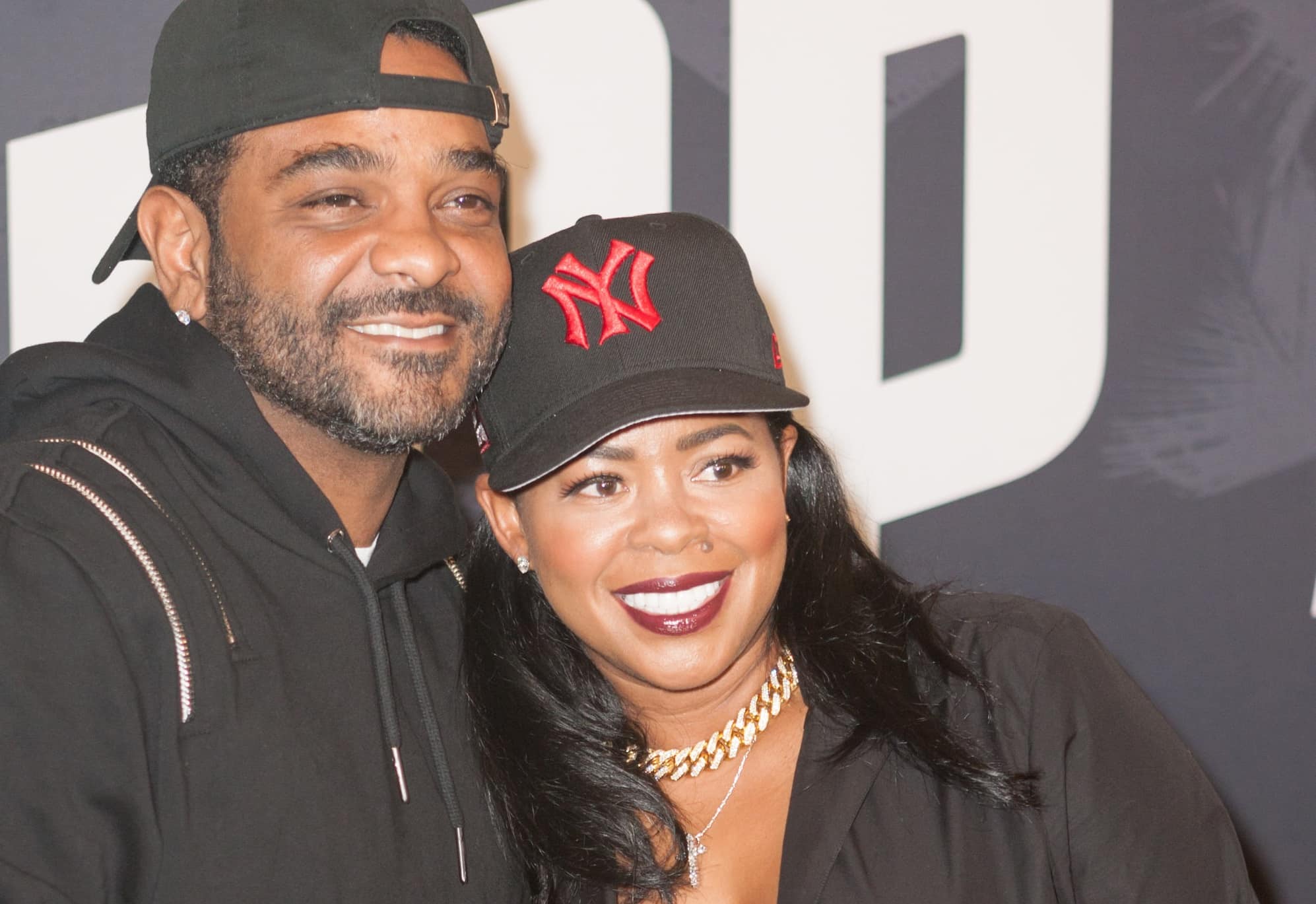 Jim Jones — real name Joseph Guillermo Jones II — is a rapper, music producer, and entrepreneur with an estimated net worth of $400,000.

He first found fame in the hip-hop group the Diplomats, before going on to achieve success as a solo artist and moving into other ventures, most notably as a music manager and record executive.

Despite being involved in many successful music and other projects over the years, Jim Jones’ net worth took a  hit due to a foreclosure on his luxury home.

Jones grew up in Harlem, a neighborhood near the Bronx. He was the son of an African American and a Puerto Rican, although he was raised by his maternal grandmother; he has two sisters, Precious and Keisha.

As you might expect from someone growing up in a rough neighborhood, Jones had a few run-ins with the law as he was growing up. In fact, one day he was expelled from school after being caught stealing from a local shop.

But despite the difficulties, his early life turned out to be the gateway to his career, as he developed an early love for music and would often skip church at his Catholic school to play his music at the train station.

During childhood, he also met long-term friend Cam’ron, with whom he went on to start his first music group.

He also met and befriended other figures who became important figures in the hip-hop world, including Frekey Zekey and Dame Dash.

In 1997, Jones formed the hip-hop group the Diplomats with his childhood friend Cam’ron. It initially contained another friend, Freekey Zekey, but he didn’t stay long — instead, another rapper from the region, Juelz Santana, joined. Initially, Jones acted as a kind of hype man to Cam’ron.

But thanks to Cam’ron’s success with his own album, the group signed with Jay-Z’s label Roc-A-Fella Records. They released their first album, “Diplomatic Immunity,” in 2003.

The album went on to be gold-certified and reached number one on the R&B charts in the US.

The group went on to create its own record label, Diplomat Records, of which Jones is the co-CEO along with Cam’ron.

Since the end of the group, he has established himself as a solo artist.

He released his first album, “On My Way to Church,” in 2004. He’s since released hits like “We Fly High” in 2006 (which reached number five on the Billboard Hot 100 and number one in the rap charts) and “Pop Champagne” in 2008. Since then, he has also released the albums:

There have also been various collaborations with other music artists, including an album “The Rooftop” with DJ Webstar in 2009 and “M.O.B.: The Album” in 2008 with his new group ByrdGang.

Jones has also developed a career as a video director, which he uses the name CAPO for. He has directed videos for Cam’ron, Juelz Santana, and Remy Ma.

Jim Jones has been in a relationship with the actress and model Chrissy Lampkin since 2004, who achieved fame for appearing in the reality TV show “Love & Hip Hop: New York.”

She and Jones met while he was working on the show.

Chrissy proposed to Jim in 2011, but nothing came of it, and Jones later proposed to her in 2014. However, a wedding never came, and it seems the two are no longer in a rush to marry.

The pair bought a house together in New Jersey for $680,000 in 2006. However, they stopped making payments in 2010 and ended up with more than $1 million of interest, resulting in a foreclosure from the bank.

It was then sold by the bank for $100. This is likely one of the reasons why his net worth isn’t as high as you might expect.

As with many other artists in his genre, Jones has been involved in a few controversies over the years.

After rapper Tru Life called Jones and Cam’ron “bitches,” Jones challenged him to a fight — but this backfired, and Tru Life ended up stealing jewelry from him. Jones later hacked his MySpace page.

Jones has criticized Jay-Z’s role as the owner of Def Jam Recordings after working together at his record label.

As a result of the beef, Jay Z ended up writing a diss track about the rapper, “Brooklyn High.” Jones has also criticized ASAP Mob, calling the group “not from the street,” which led to ASAP Rocky to reference him in his single “Multiply.”

A final artist confirmed to have released a diss track about Jones is Azaelia Banks on the song “Succubi.”

On a more serious note, when Jones was part of the Diplomats, he was assaulted by the Junior Mafia group and had to flee.

As well as his achievements in music, Jones has had various film and TV appearances. Most notably, he starred alongside Chrissy Lampkin in the TV series “Chrissy & Mr Jones.”

He was in the movie “State Property 2” and has been in various episodes of “The Wire and Crash: The Series” and the VH1 reality TV show “Love and Hip Hop.” He even had a documentary about his own childhood in “Jim Jones The Come Up.”

Plus, Jones had established himself as something of an entrepreneur. He has launched two clothing lines, Nostic and Vampire Life (which was a collaboration with Damon Dash).

He also owns the Richmond Roughriders of the American Arena League.

This article was produced by and syndicated by Wealthy Living.