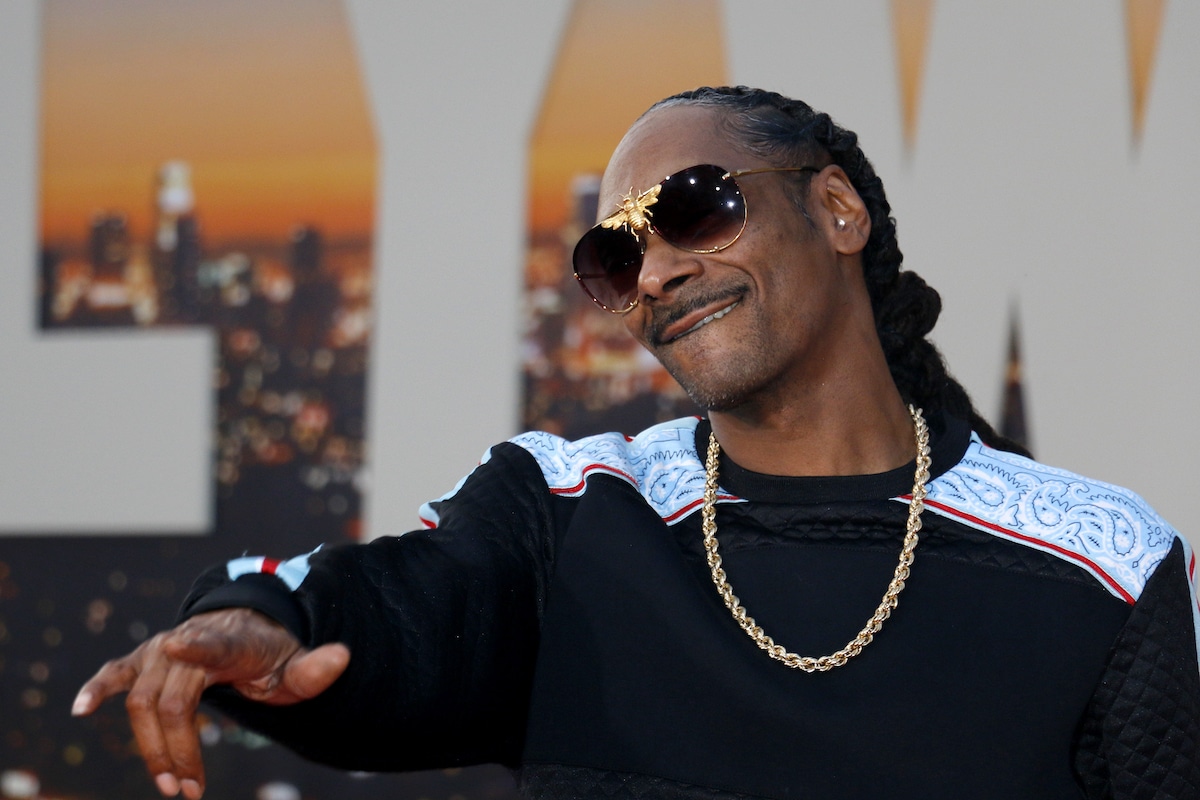 Snoop Dogg has a net worth of $150 million as of September 2022. He is an American rapper, songwriter, and record producer. He gained fame in the 1990s with his rap music and became the face of gangsta rap in the West Coast hip-hop culture with songs like “Gin and Juice” and “Drop It Like It’s Hot.”

Snoop Dogg’s real name is Calvin Cordozar Broadus Jr, born on October 20, 1971, in Long Beach, California. Snoop was just three months old when his father, Vernell Varnadoleft, left, and his mother married Calvin Cordozar Broadus. They later divorced and Broadus grew up as a middle child with a single mother.

Broadus was young when his mom nicknamed him “Snoopy,” partially because he liked cartoons and because she thought he resembled the character from Peanuts.

In his early years, Broadus sang and played piano at church and was a dedicated student and football player.

He worked odd jobs to help make money for the family, although he became a member of the Rollin 20s Crip gang in Long beach when he was a teenager.

Broadus first started rapping in sixth grade. Music gave him a voice, and kids would gather around to hear him rap which gave him the boost he needed to believe he could make it in the music industry.

He went to Long Beach Polytechnic High School, graduating in 1989, but was often in trouble with the law and was arrested for possession of cocaine. He spent the next three years in and out of jail.

Once Snoop Dogg got out of prison, he started trying to make it as a musician and put together some tracks with aspiring rappers Nate Dogg and Lil 1/2.

Snoop Dogg got his first break in 1992 when the already famous Dr. Dre received a mixtape featuring Snoop. Dre liked what he heard and gave Snoop an audition. This started a long relationship between the two, with Dre mentoring Snoop Dogg and collaborating with him on Dre’s album, The Chronic. Getting featured on that album helped launch a successful solo career for Snoop.

Here are some of Snoop Dogg’s hits:

Other Music Avenues That Add to Snoop Dogg’s Net Worth

Snoop Dogg’s Spotify downloads have grown to over thirty million a month, which earns him between $300K and $500K in monthly revenue.

The American rapper also performs live in concert, playing in 70 shows from June 2013 to June 2014. In 2017, he grew a two-day concert festival into a 16-city tour. Snoop Dogg continues to pull in large crowds to his shows.

Snoop Dogg also earns a substantial amount of money through brand deals. According to Forbes, he earned $10 million in 2014 endorsing Hot Pockets and Airbnb and another $10 million in 2015 through touring and brand endorsements.

In 2017, Snoop developed a highly profitable partnership with Martha Steward. Between the “Potluck Dinner Party” series and his cannabis/lifestyle platform, “Merry Jane,” he made an additional income of approximately $10 million that year.

Music and brand deals aren’t the only avenues of revenue for Snoop Dogg. Although a large amount of Snoop Dogg’s net worth is from his music career, he has become more diversified in his income streams. A large amount of his wealth is now from his business ventures.

His investment portfolio is surprisingly varied, including the following:

Snoop Dogg owns a super-luxury mansion in Diamond Bar, California. Although he’s remained tight-lipped on the details about the complex since purchasing it in 1998, it has a value of $1.7 million.

Snoop’s collection of vehicles is as varied as his business investments. He owns a Tesla, a real-life Batmobile, a school bus, and several highly customized Cadillacs.

Here’s a list of Snoop Dogg’s luxury cars and their value: