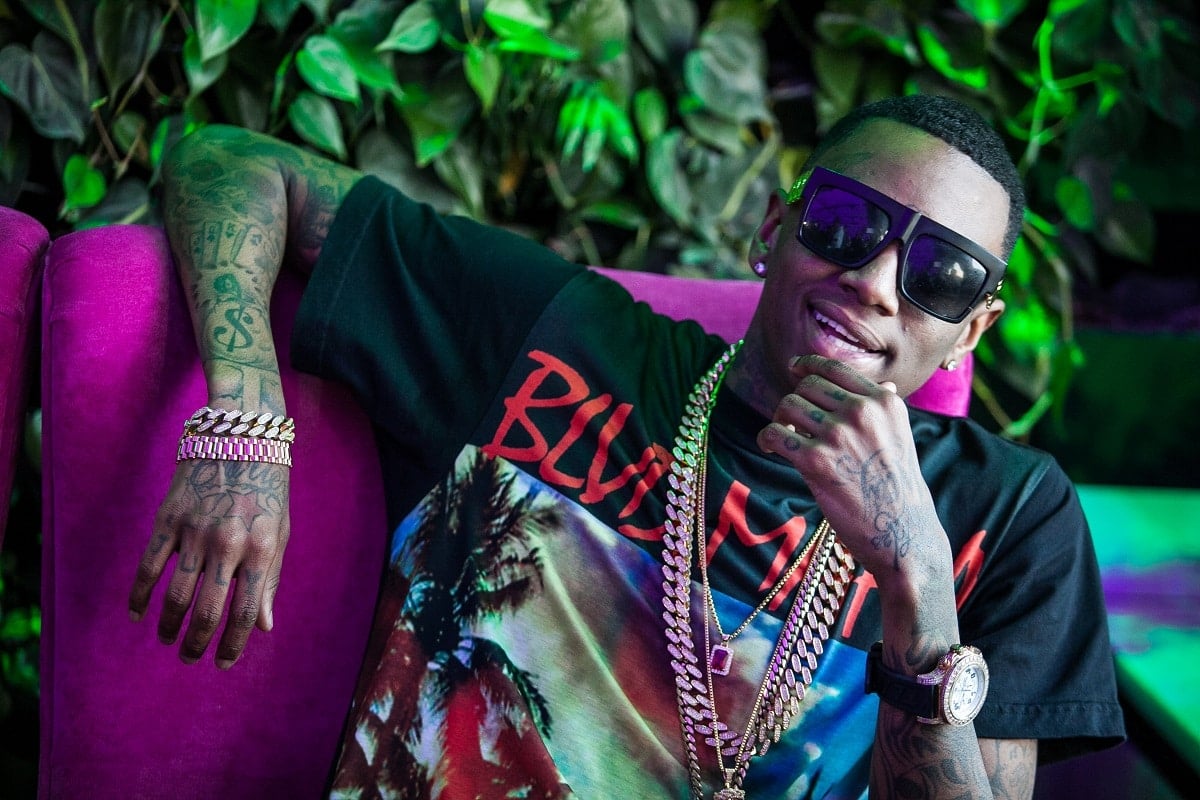 Tim Thomas / Timothy Thomas Limited originally published this article on Soulja Boy’s net worth. They gave us permission to republish it here.

Soulja Boy, also known as Big Draco, is a rapper, producer, and serial entrepreneur who first rose to success in 2007 with his breakout single ‘Crank That (Soulja Boy)’.

With an entrepreneurial spirit bolstered by a strong sense of self, Soulja Boy has amassed a net worth of $30 million.

How did Soulja Boy’s Net Worth Grow?

Ask any millennial, and they’ll be sure to recount the pandemonium surrounding Soulja Boy’s hit song ‘Crank That (Soulja Boy)’, which thrummed on dance floors everywhere in 2007.

This breakout hit took Soulja Boy out of his home recording and into a label deal with Interscope Records. It also earned him a Grammy nomination and a number one spot on the Billboard Hot 100 list for seven non-consecutive weeks.

And if you happened to choose it as your ringtone? You were one of two million users who purchased that download.

His musical success continued with his debut studio album ‘Souljaboytellem.com’ which ranked on both the Billboard 200 and Top R&B/Hip-Hop Albums charts and sold nearly one million copies.

He also received several awards, including the 2007 BET Hip-Hop Award for Best Hip-Hop Dance and the Ozone Award in the ‘Patiently Waiting: Mississippi’ category.

Oh, and let’s not forget that the album went platinum with the RIAA.

In 2012 alone, it has been reported that Soulja Boy earned over $7 million from his music.

An incredibly driven creator, he has carved out a specialty for himself in mixtapes, which he started releasing in 2011.

At the time of writing, he has released 13 albums (three of which were compilations) and whopping 67 mixtapes.

At the beginning of his career, Soulja Boy shared his music on streaming services to build an audience. His first song, posted in 2005 to SoundClick, received positive feedback.

He wasn’t afraid to use all the technology at his disposal.

It has been confirmed by Soulja Boy himself (by sharing receipts on Twitter) that he was the very first rapper on the platform and posted videos only three short months after YouTube launched.

Thinking back to YouTube in its infancy and the foresight it took to adopt this internet tool early on, there is no question why Soulja Boy became exponentially more successful than some of his peers.

Soulja’s ambition isn’t contained to the rap game. He has no problem diversifying his income stream by taking big risks and trying his hand at many different passions.

To give you a sense of his range, here are but a few of his business ventures:

Of course, this isn’t all that Soulja is up to. Beyond continuing to create new music, he has been quoted stating that he has plans to write a book, create an anime, build a video game, write a comic book, and continue to build his acting portfolio.

A strategic investment with his Manager, Miami Mike, landed Soulja with a franchise location for a cleaning supply store called The Soap Shop.

Unknowingly timed to perfection, Soulja invested right on the cusp of the COVID-19 pandemic, landing him with a healthy profit as folks scoured the shelves for sanitizers and cleaning supplies.

Soulja has been involved in the NFT game as well. He recently released a cohort of NFT tweets that were said to have made him a few hundred thousand dollars.

Soulja Boy believes in the work he does, and in the entrepreneurial world, that is worth its weight in gold.

He is regularly seen on talk shows and paper interviews promoting his latest ventures and sharing his big future plans.

His unwavering confidence in his limitless potential may just be the ultimate manifesting tool – and one that we should all make note of as he continues to grow his net worth.

This post was produced by Tim Thomas / Timothy Thomas Limited and syndicated by Wealthy Living.