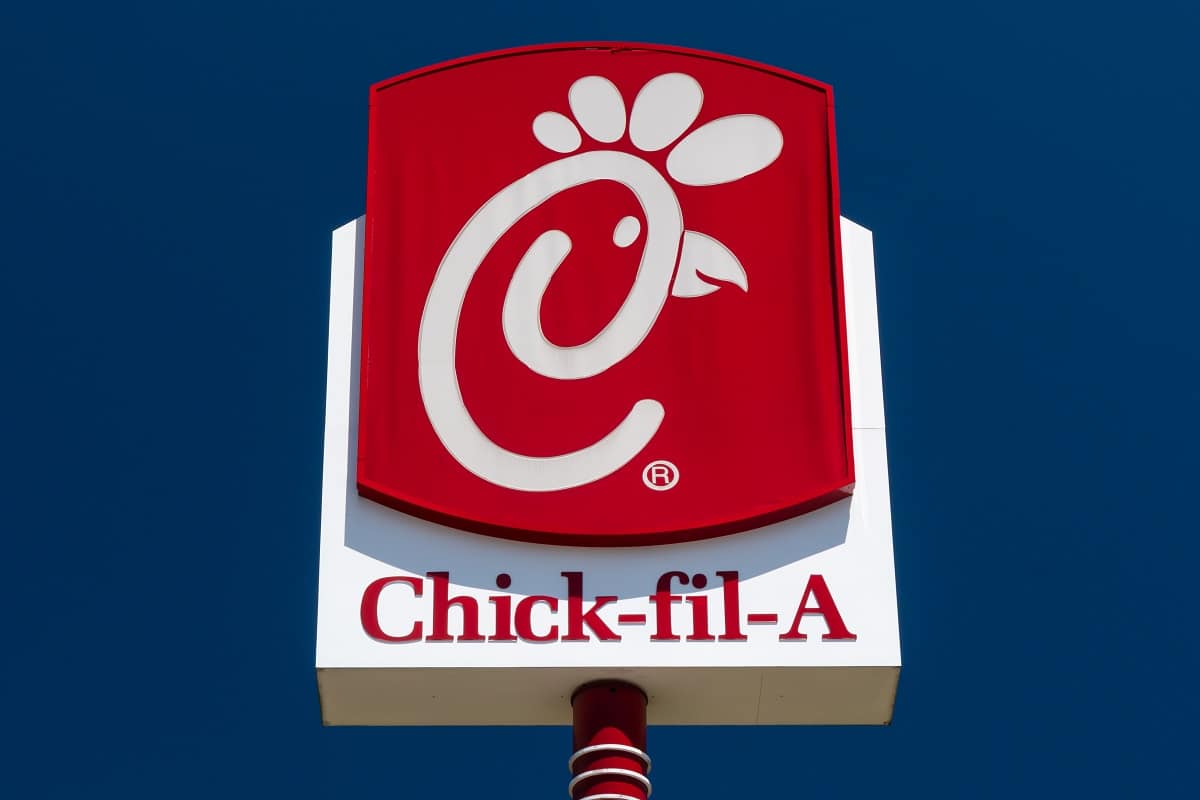 Chick-fil-A specializes in chicken sandwiches. With excellent customer satisfaction scores and rave reviews, it has gained a reputation as the best fast-food restaurant for six straight years on the American Customer Satisfaction Index.

It’s easy to understand why Chick-fil-A stock is appealing to investors. Despite this, Chick-fil-A is not listed on the stock exchange and has no intentions to go public anytime soon; Truett Cathy, the creator of Chick-fil-A, desired total control of his business.

Cathy was a devout Christian who was concerned that going public would compel Chick-fil-A management to make decisions inconsistent with his beliefs. Truett’s heirs are members of Cathy’s family who share his religion and desire to carry out his wishes.

Chick-fil-A was created by Cathy in Hapeville, Georgia, in May 1946. The restaurant began in Cathy’s restaurant, the Dwarf Grill, now known as the Dwarf House.

After learning that a pressure-fryer could swiftly cook a chicken sandwich, he registered the name Chick-fil-A Inc. in 1961. The business’s success was not always easy – during the 1980s recession, Chick-fil-A struggled to stay afloat, and its food took a long time to catch on.

It was partly due to suspicions that the chicken sandwiches contained Tricholine Acetate, a chemical used in poultry production.

Between 1964 and 1967, approximately fifty eateries, including Waffle House and Houston Astrodome concession stalls, served the sandwich.

The first stand-alone location was opened in 1967 at the Greenbriar Mall food court in Atlanta’s suburbs, and this also resulted in the sandwich being pulled from other eateries.

Despite this setback, the business suffered and went on to thrive. With more than a billion dollars in annual revenues, the net worth has been above the industry average since 1984. Chick-fil-A has succeeded in grabbing the attention of its customers by delivering healthy meals at reasonable costs.

The popularity of Chick-fil-A skyrocketed after it first opened its doors and the corporation now earns more money per restaurant than any other fast-food chain. According to a study by Business Insider and Foursquare, Chick-Fil-A is the most popular fast-food restaurant in 38 of the 50 states.

Furthermore, according to QSR Magazine, the average Chick-Fil-A generates $4.4 million in annual revenue, which is $1.7 million more than the next top restaurant, Whataburger.

Even though it is closed on Sunday, Chick-fil-A makes more per restaurant than McDonald’s, Subway, and Starbucks combined.

According to reports, the company will likely overtake Wendy’s, Burger King, and Taco Bell to become the third-largest fast-food chain in the next two years.

Things You Need to Know About Chick-fil-A Stock

Chick-fil-A is one of the largest fast-food restaurant franchises in the United States, specializing in chicken sandwiches. Here are 11 more interesting things you need to know about Chick-fil-A stock if you plan on investing.

Chick-fil-A chooses the location, buys the real estate, builds the restaurant, and buys the equipment. Given that you can’t truly own the franchise, you’re wondering why anyone would consider buying a Chick-fil-A franchise.

Even with its irregular business model and low acceptance rates, Chick-fil-A’s low price tag helps make it accessible and is part of what makes it so effective.

If you’re thinking of opening a Chick-fil-A restaurant merely as an investment or as a way to transfer to something else further down the line, the company isn’t interested in letting you run one of its locations.

According to the company’s website, a Chick-fil-A franchise opportunity necessitates that the individual is free of any other current business operations and operates the restaurant on a full-time, hands-on basis.

This strategy may help Chick-Fil-A reach its full potential in each location, but it will prevent you from working on other projects.

Chick-fil-A insists on the franchise being your immediate attention rather than a source of passive income or a component of your portfolio.

The people who run Chick-Fil-A restaurants are not franchisees; instead, they are “operators,” which better reflects their position within the company.

AOL claims that operators have no equity in their businesses and do not receive compensation.

4) When it Comes To Picking Operators, Chick-fil-A is Extremely Picky

Despite the relatively low cost to buy a frachise, getting accepted isn’t easy; According to the corporation, despite receiving more than 20,000 applications each year, the firm only approves roughly 75 to 80 new franchisees yearly.

It means that roughly 0.4% percent of candidates are accepted – Harvard Business School accepts more candidates for its class.

Operators must fulfill the eligibility criteria, and after selection, they undergo a demanding training program. This process of interviewing and training can take months.

5) The Reason for its Popularity Among Investors

In the 2020 American Customer Satisfaction Index, 500,000 customers gave Chick-fil-A the highest ratings in several categories, making it the number one restaurant brand in America for the sixth year.

Chick-fil-A earns more revenue per site than any other fast food restaurant, even though they are only open six days a week.

Chick-fil-input A’s costs are comparable to those of its competitors, but the company has built up considerable price power and demand, allowing it to make large profits.

These characteristics indicate that the company has a significant potential for growth on the stock markets, piquing investors’ interest however, investors can’t buy directly own Chick-fil-A stock.

6) You Cannot Own Chick-Fil-A Stock

This is because Chick-fil-A isn’t a publicly traded firm; Chick-fil-A’s founder had his children sign a contract stating that the company would remain privately owned after his death in 2014.

Because no contract stops the firm from being sold, Chick-fil-A may end up in the hands of someone who wants to take it public in the future.

7) Chick-Fil-A is Never Likely To Have an IPO

Chick-fil-A is unlikely to go public anytime soon, if ever. The corporation is still privately owned, and its trading does not occur on any stock exchanges. An IPO would almost certainly result in company changes that go against the current owners’ ideals, such as closing on Sundays, which is likely why the company’s founder never wanted to sell public shares.

In 2014, Chick-fil-A declared that by 2019, it would be employing 100% antibiotic-free chicken in all of its restaurants. The antibiotics accelerate growth and make the chickens less prone to become ill.

According to CNN, although the FDA and others have expressed concerns that using antibiotics for non-essential purposes would result in dangerous diseases becoming resistant.

9) What Is Chick-fil-A’s Stock Price?

Chick-fil-A does not have an official stock price for public investors because the stock is not currently traded on a stock exchange. The corporation, though, is worth $15 billion as of 2022. The present equity is shared among the founder Samuel Truett Cathy’s three sons, making each company’s share worth $3 billion.

10) Why Doesn’t Chick-fil-A Have A Stock Symbol?

Outsiders who do not share the Cathy family’s convictions might acquire stock in Chick-fil-A if it became a publicly-traded company. The family is concerned that new stockholders would influence the company’s operations, which may conflict with the founder’s Christian ideals.

11) Will Chick-fil-A be Listed on the Stock Exchange?

Further Covid-19 lockdowns, for example, could have a negative impact on the company’s debt, prompting it to seek finance through an IPO. Under the current circumstances, however, a Chick-fil-A IPO is unlikely.

Analysts have predicted a price range of $60 to $90 per share. However, this is simply a reference number since when Chick-fil-A stock goes public, it will offer shares to the whole public, not just institutional investors or private investors. Chick-fil-A stock would then trade on public stock exchanges, where an investor could buy and sell shares.

As a result, Chick-fil-A would be able to raise funds from a larger pool of investors, and the stock price would ultimately be set by the general public’s belief in the company’s success.

Because Chick-fil A’s stock is not publicly traded, it is not a viable direct stock investment. However, there are six ways to participate in Chick-fil-A’s success: A’s you may start a Chick-fil-A franchise or invest in one of the company’s five main competitors.

Chick-fil-A isn’t the only fast-food option. Chipotle Mexican Grill stock is a stock that is both profitable and has a high annual net value. Chipotle’s prospects look highly positive, with its growth growing and a solid stock price.

Chipotle’s first-quarter earnings weren’t spectacular, but they weren’t bad either. With high projected expectations, the fast-casual restaurant company announced earnings per share of $2.32 on revenue of $1.07 billion. CMG also saw a surge in restaurant sales, which prompted most investors to raise their prices.

McDonald’s is the world’s largest fast-food restaurant chain, with around 36,000 outlets worldwide. Over 2.3 million people work for the corporation, which serves 68 million clients every day.

McDonald’s offers college scholarships, employment perks for part-time and full-time employees, and retirement benefits for workers 55 and older to children. The corporation also contributes to educational programs, sponsors charitable events, and participates in sustainable packaging projects in its communities.

Taco Bell is part of Yum Brands, including fast food powerhouses such as KFC and Pizza Hut. Taco Bell is a Mexican restaurant that specializes in tacos, burritos, and other Mexican cuisines.

In the United States alone, the firm operates nearly 6,600 locations. Taco Bell’s menu includes meals made with 72 different sauces and 36 different meat products. At several places, they have vegetarian selections as well as breakfast service.

Taco Bell has been in business for 50 years, making it one of America’s oldest fast-food chains. They are now placed number 18 on the list of America’s top 20 largest fast-food businesses by sales volume as of July 2018.

Wendy’s is the third-largest quick-service hamburger business in the world. Wendy’s, which was founded in 1969, now has over 6,500 restaurants in the United States and 28 other countries and territories.

Wendy’s has lately added a series of new goods to its menu, including natural-cut french fries that are baked rather than deep-fried in oil, in addition to hamburgers, including the famous Big Mac and a range of chicken sandwiches and salads.

In-N-Out Burger achieves a high quality by focusing on a few goods. Because of the exceptional quality, In-N-Out-Burger can charge a premium for its burgers and fries. Chick-fil-cult-like A’s following is rivaled by In-Out-Out- Burger’s. In-N-Out Burger is consistently ranked among the best-serving American fast-food establishments.

Chick-fil-A does not appear to be planning an initial public offering anytime soon, which means that public stock options are unavailable, similar to companies such as SpaceX and Epic Games. However, the company remains a superb example of a corporation that has capitalized on its assets and developed significantly over time by providing high-quality cuisine and excellent customer service.

You can commit to running a franchise to profit from their success. Alternatively, you might invest in other chicken-based food IPOs or companies that have Chick-fil-attributes A’s and potential.

This article was published and syndicated by Wealthy Living