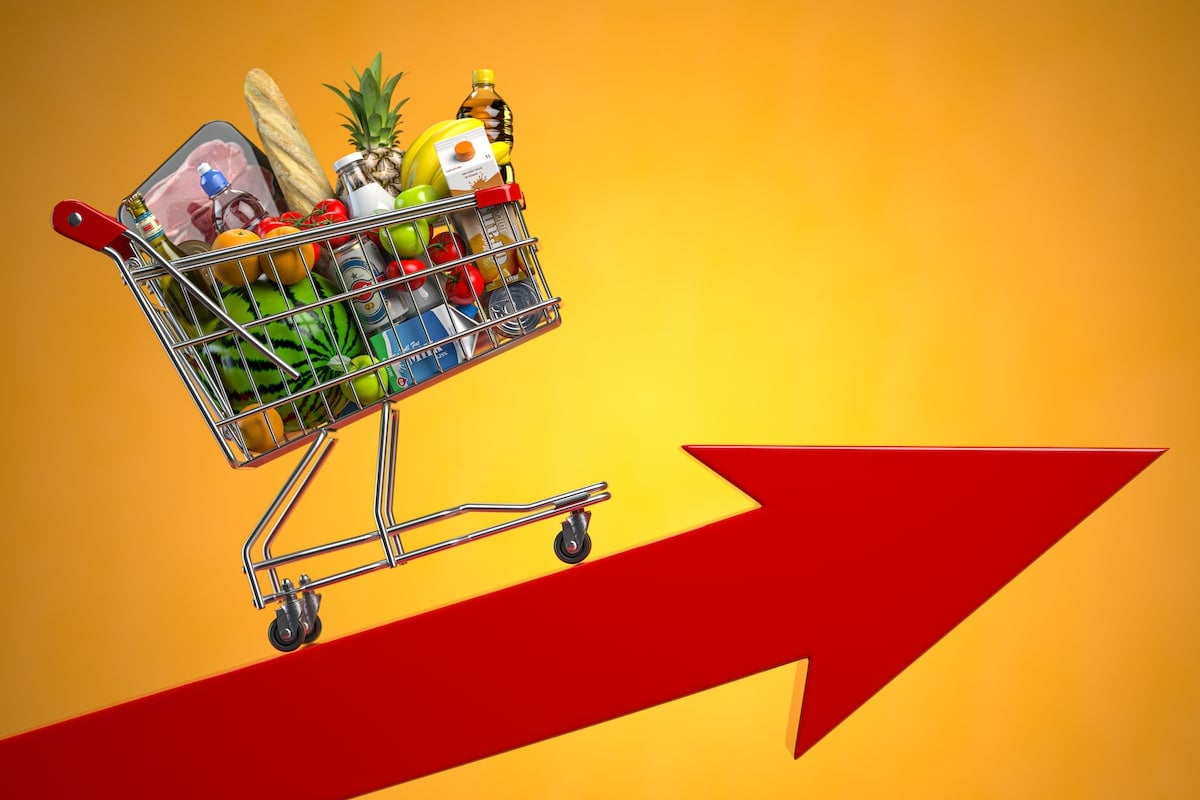 Earlier this year, US inflation hit a staggering 40-year high. The Federal Reserve (The Fed) is working to level out the inflation rate by increasing interest with the latest Fed hike of 75 basis points occurring on November 2.

Federal Reserve Board Chair, Jerome Powell, stated that they “…continue to anticipate that ongoing increases will be appropriate” and that “Price pressures remain evident across a broad range of goods and services.

Russia’s war against Ukraine has boosted prices for energy and food and has created additional upward pressure on inflation.”

At this inflation rate, Moody’s Analytics calculated that consumers are paying an average of $445 more per month for the same goods and services they purchased a year ago.

“My colleagues and I are acutely aware that high inflation imposes significant hardship as it erodes purchasing power, especially for those least able to meet the higher costs of essentials like food, housing, and transportation.” Chair Powell stated.

Americans are Voicing their Concerns Regarding Recession

BMO’s Real Financial Progress Index, published on September 28, reported that 84% of Americans said they are concerned about a recession occurring by the end of the year.

When it comes to savings, 40% of Americans under the age of 35 reported not having enough put away to cover an emergency.

The extended inflation is hitting Americans where it hurts – the pocketbook. Household spending is up across the board, but some neighborhoods are getting hit harder than others.

Breaking down inflation by core category, the US Bureau of Labour Statistics released September 2022 stats that showed a stark contrast from 12 months prior.

Most notable were the increases for food at work or school, which has inflated by 91.4%; airfare, which has increased by 42.9%; and utility (piped) gas, which has gone up by 33.1%.

These figures, among many other key spending categories, have shown drastic spikes relative to their 2021 numbers.

Consumer prices generally have jumped by 8.2% in September from the same time last year.

Which US States are Getting Hit Hardest?

It is crucial to keep in mind that inflation is not homogenous across US States or even cities. Many factors contribute to inflation, and a leader among them is geography.

Merchant Maverick reported on inflation in late June with an assessment titled The 10 US States Where Inflation Is Hitting Consumers The Hardest.

Their findings highlight a trend in the Southern region of the US, where prices of necessary staples have risen markedly faster than in other parts of the country.

Southern states with a combination of high sales tax and low median household income are “feeling the biggest squeeze.”

The top ten states Merchant Maverick identified as being most impacted by inflation are:

Now let’s compare this data against the ten urban areas with the highest cost of living reported by The Council for Community and Economic Research’s (C2ER) in their Q3 Cost of Living Index.

The survey found that the ten most expensive participating urban areas were:

With no overlapping states between lists, one can conclude that just because an area has a high cost of living, it doesn’t necessarily mean it also feels the highest impact of inflation.

In fact, it appears that the inverse may be true, with cities in Texas, Oklahoma, Mississippi and Alabama all appearing on the list of urban areas with the lowest cost of living while also featuring on the top ten inflation list.

How to Assess the Impacts of Inflation on Your Household

Beyond geography, consumers should consider other factors when assessing the impact of inflation on household wealth.

Yes, location is important, but individual consumer spending habits are also crucial in determining the impact inflation will have on different households.

As noted when reviewing inflation by spending category, eating food away from home has inflated drastically.

This won’t affect individuals who work from home at the same level as those who might work in a downtown core or eat out as part of their weekly meal plan.

CNBC has mapped out a calculation individuals can make to assess their personal rate of inflation and how their figures will stack up against the US average.

Last updated on July 8, Insure.com created a cost of living calculator to assist Americans looking to move between different US cities to compare the variance in cost of living.

Note that the information is not current beyond July of this year, but the tool could provide insight into general trends, if not specific dollar amounts.

This may be a good time to assess your personal rate of inflation and to reflect on your spending habits and adjust where you can in order to limit the impacts of the rise in consumer prices in your household.