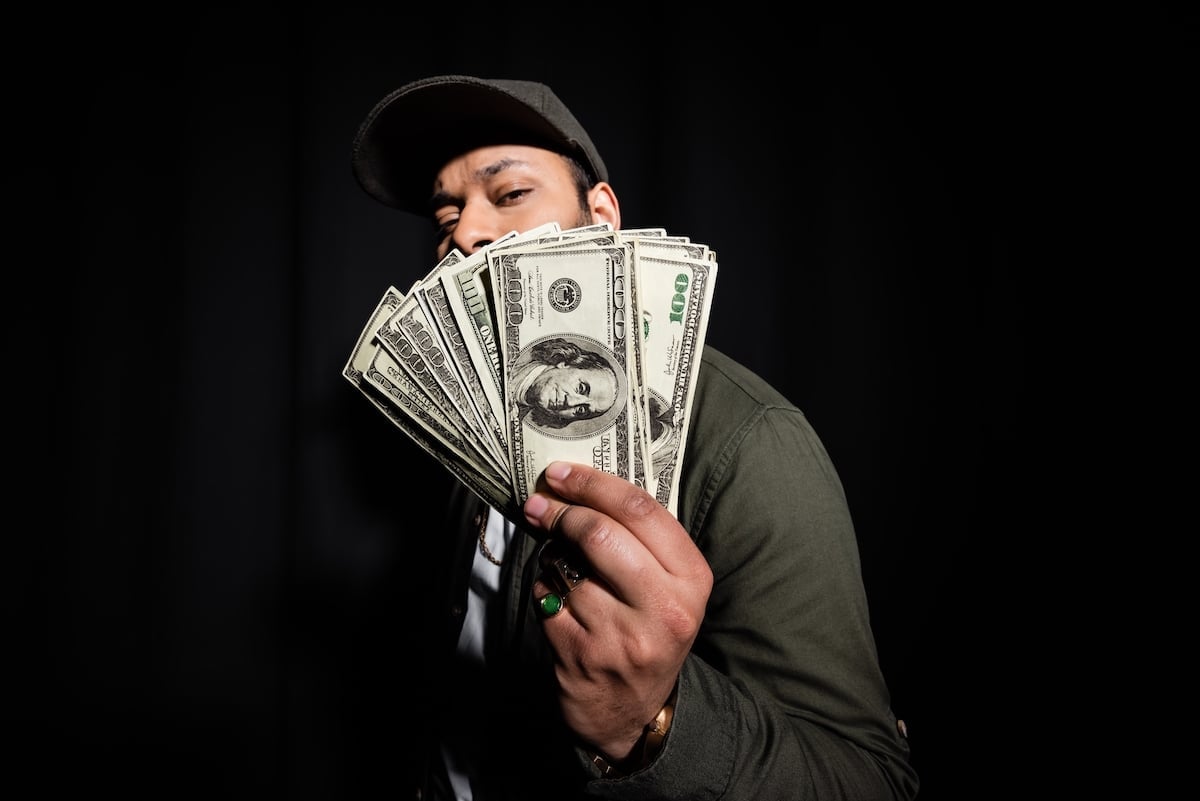 Some celebrities seem to have the Midas touch and everything they touch turns to gold.

That’s certainly the case for these three. Rick Ross, Blippi, and Soulja Boy have a combined net worth of nearly $100 million and it’s still growing.

They didn’t start out that wealthy, though. Here’s a look at how they each earned their riches.

Grammy-nominated rapper and music producer Rick Ross has a net worth estimated at around $45 million. In total, he’s made more than $90 million in his career.

Ross grew up in a poor area of Miami, admiring rappers like Tupac Shakur and Ice Cube.

Blippi, a famous YouTube star and children’s entertainer, has an estimated net worth of around $22 million. His energetic personality and iconic outfit helped him to rise to fame.

Blippi grew up in Ellensburg, Washington and served time in the United States Airforce before starting his career as an entertainer.

Soulja Boy’s net worth is currently valued at $30 million. He has enjoyed a lucrative career as a rapper, actor, music producer, and entrepreneur.

Soulja Boy comes from Atlanta, Georgia, where he learned how to harness the power of social media to gain attention for his music.

Each of these celebrities took a different path to earn his net worth. Here’s how they achieved their fortunes.

Rick Ross’s success comes from his record deals, including his Billboard No. 1 Album with his debut hit “Port of Miami.”

At the top of his music career, he was often on the list of the top ten highest-paid rappers in the world.

Ross has received multiple Grammy nominations and continues to release music. He has also collaborated with some of the biggest names in the music industry, such as Drake and Andre 3000.

In 2009, he launched Maybach Music Group (MMG), his own record label, and became an entrepreneur.

Entertainer Blippi earned his $22 million net worth primarily due to the massive success with “Blippi – Educational Videos for Kids” on YouTube.

This resulted in additional revenue-boosting opportunities such as Blippi Toys, Blippi Sign Language for Kids and Blippi Kids Songs.

With more than 16 million subscribers, Blippi earned $17 million in 2020, becoming one of the highest-paid YouTubers in the world.

The rapper known as Soulja Boy launched himself into the musical world by sharing his singles on sites like SoundClick and MySpace.

He gets credit for being one of the first rappers to harness social media’s power to reach his many followers.

In 2004, he launched his record label, Stacks on Deck Entertainment (SODMG), contributing to his $30 million net worth.

Living in the Lap of Luxury

Making that much money has afforded these three celebrities some incredible opportunities. They’ve each spent money well beyond what they could have afforded had they not become famous entertainers.

All three have invested in luxury vehicles worth hundreds of thousands of dollars. Rick Ross’s car collection includes a Rolls-Royce Wraith, a Lamborghini Urus, and a Tesla Model 3.

That’s just the tip of the iceberg since his multi-million dollar lifestyle helped him accrue more than 100 expensive vehicles.

Blippi also owns several expensive cars, including a BMW and an Audi A6, that together are worth more than $300,000.

Soulja Boy’s multiple luxury cars include a diamond-covered RC Lamborghini worth $250,000, an Aston Martin, a high-end luxury Porsche and others.

Soulja Boy has also invested in real estate. His current home near Los Angeles was worth more than $4.8 million when he bought it.

However, it’s Rick Ross’s house that shows what a net worth of nearly $45 million can buy.

His enormous mansion in Fayetteville, Georgia, is one of the biggest homes in the U.S. With 109 rooms, 235 acres, and 45,000 square feet of living space, the house he named “The Promise Land” shows he is truly living the life of a celebrity superstar.

Making mega millions has not kept these three super wealthy celebrities out of trouble.

Ross has seen his share of troubles, starting with a controversy between himself and another rapper, 50 Cent.

That lawsuit contributed to 50 Cent filing bankruptcy, but not before exposing Ross for having a net worth that was less than he had publically claimed.

On a more serious note, in 2015, Ross was under house arrest due to charges involving drugs, kidnapping, and weapons.

Blippi may have avoided legal problems, but his past caught up to hunt him anyway.

Before becoming a beloved children’s entertainer, Stevin John created some rather foul videos, including one of him defecating on an unclothed friend.

Once this video resurfaced, parents of children who adored Blippi were outraged, creating a huge liability for him.

Soulja Boy grew up on gang-infested streets and worked hard to break free of that lifestyle.

His early years were rough, and he has been in and out of trouble with the law for years.

His most recent arrest included being sentenced to 240 days of jail time and 265 days of community service because he violated his probation.

That probation stems from being convicted of carrying a loaded firearm in public in 2014.